Notice: Only variables should be passed by reference in /var/www/vhosts/trendsurvivor.com/httpdocs/wp-content/themes/thevoux-wp/admin/ot-loader.php on line 326
 The Perfect Dress - TrendSurvivor
MY OUTFIT DIARY
2013/01/29 by Nina Papaioannou 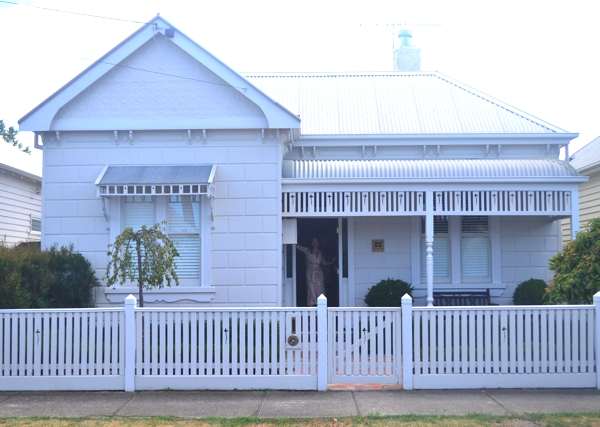 Nina, my sister, had some persuading to do but in the end I succumbed and here I am being photographed in one of my favourite dresses and can’t really go back now.

I guess there are people out there interested in what one wears, proof that her blog is so successful. I have a sort of strange relationship with fashion. I like and buy beautiful clothes but I tend to wear the same thing over and over again; often not the most beautiful or flattering of my possessions but certainly clothes I feel comfortable in both in terms of cut and material.

This dress is different. I love it. I first stumbled across the shop bottom of Kings Road in London 5 years ago. I had never seen a shop like it: it only sold one type of dress (one cut) in million different variations/patterns, the clothes version of wallpaper! The cut was magnificent: soft cotton jersey, stretch, body-hugging and flattering. Body hugging and flattering normally don’t go hand in hand but in the case of this dress bizarrely they did. The dress was not cheap, close to £200 but had to have it. I ended up buying two.

I recall spending New Year’s Eve in NZ on two consecutive years with my friend Jacqui; she was wearing the pink with the watering can pattern and I was wearing the big flowers with black outline. The following year we swapped. I went back to the shop a couple of years ago and to my surprise there was a selection of them at £50 each. Instantly bought 4!

So here I am in one of those 6 dresses. This particular dress has been my dress of choice for dinners, Christmas and New Year’s Eve in both hemispheres from 2011 to 2013. This is another thing I love about this dress: can be worn winter or summer with sandals or with boots. But then again, that might be just me wearing the same clothes all year round:)

And one last word: this dress has attracted the attention and admiration of both men and women more than anything else I have ever worn.
It must have something to do with it being cute, feminine, optimistic and sexy! I suspect a killer combination. 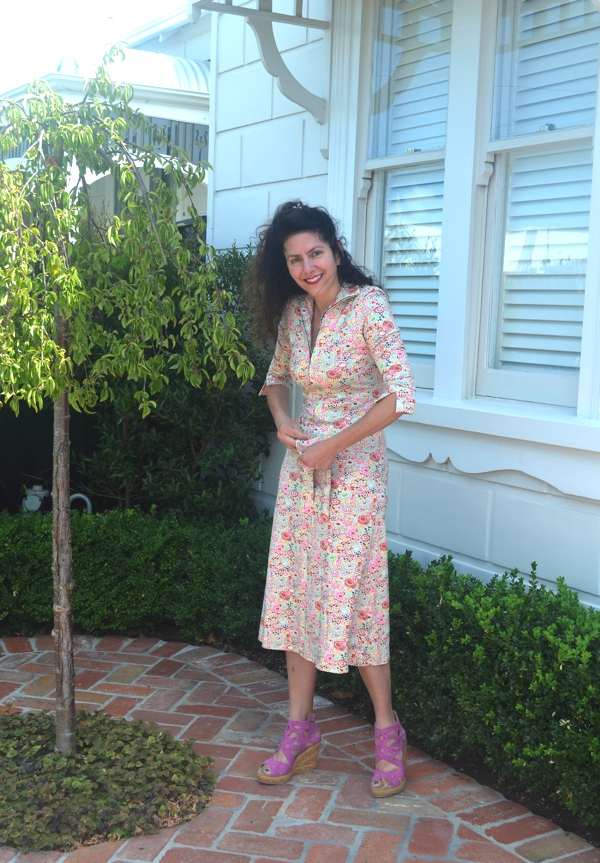 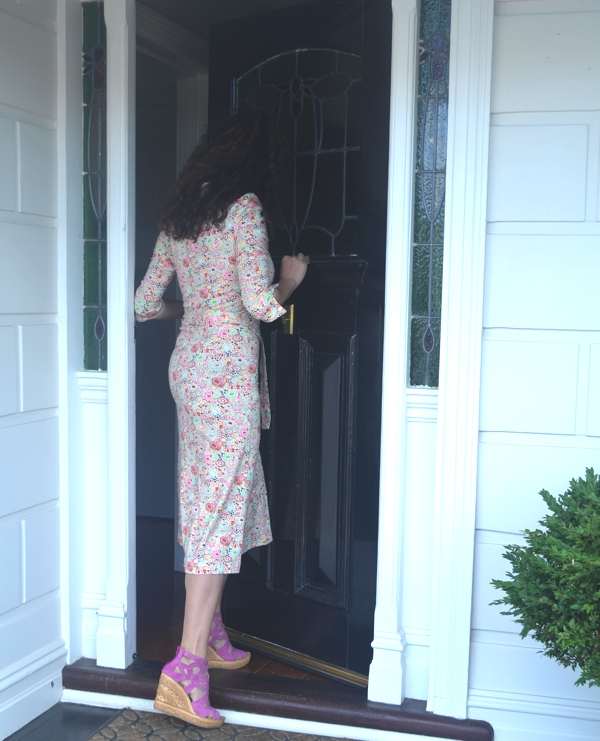 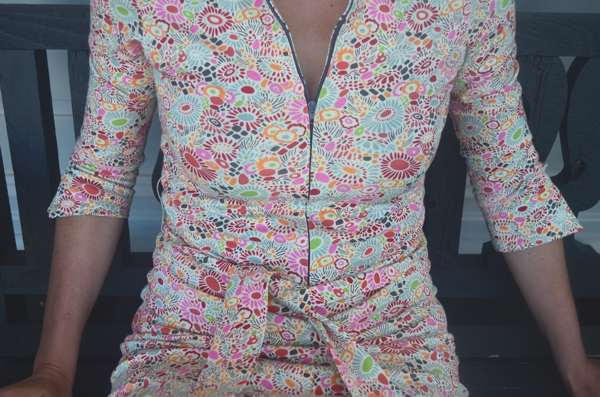 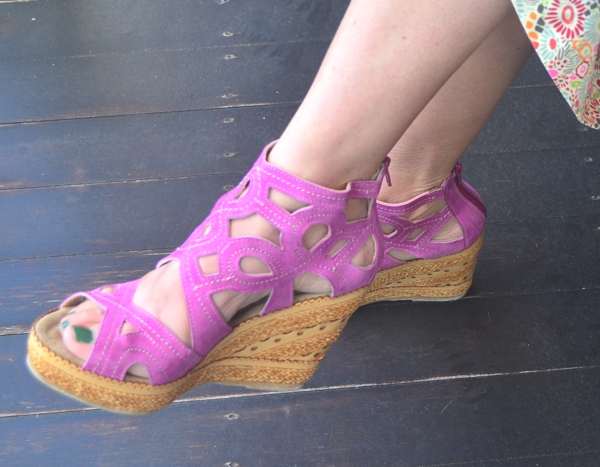 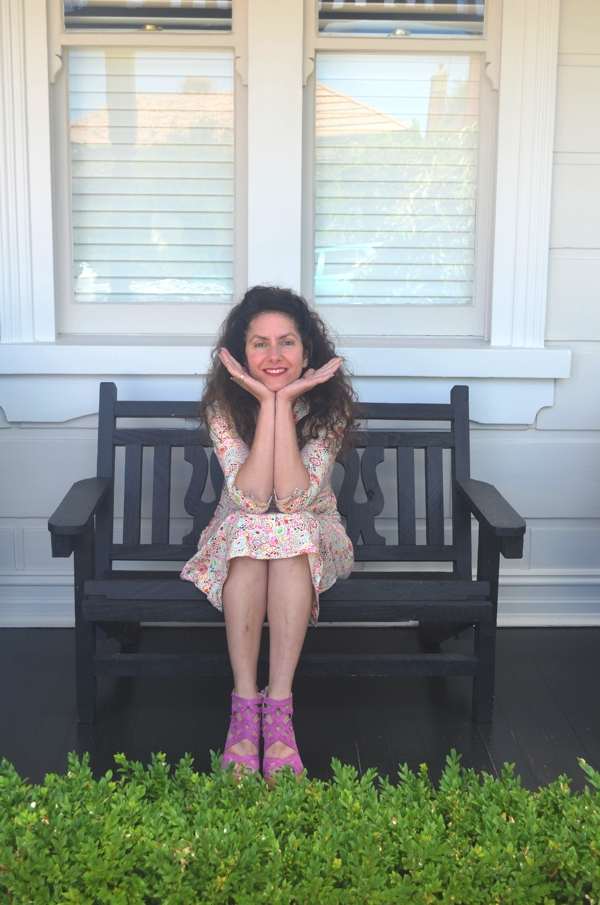 Bought these shoes July 2011 from Heavenly Soles (Devoport/Auckland NZ) so not sure if you can still buy them.

Photos taken at the Stylish Edwardian House in Seddon