Notice: Only variables should be passed by reference in /var/www/vhosts/trendsurvivor.com/httpdocs/wp-content/themes/thevoux-wp/admin/ot-loader.php on line 326
 Supermodel Veronica Webb beauty secrets tips for women over 40
BEAUTY NEWS
2016/10/25 by Nina Papaioannou

51-years-old, Veronica Webb, shares her beauty secrets for women over 40.

She is an American model, actress, writer, and television personality. She has worked as a model for over two decades and is credited as the first black supermodel to get an exclusive contract for a major cosmetics company.

She’s still being tapped for fashion week – in February, she walked for both Sophie Theallet and for Yeezy Season 3.

In an interview for W magazine Veronica Webb shared her beauty tips  for staying enviably healthy and fit. 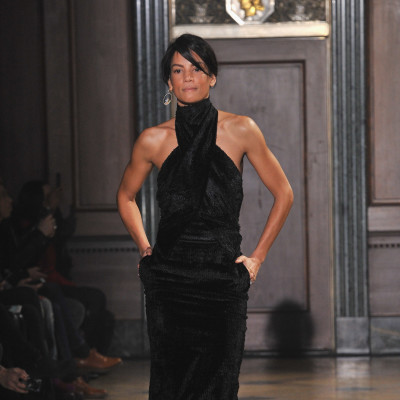 Learning something new every year


She explained : It’s important that you form new neural pathways in your brain every year, and the fastest way you can do that is by learning something physicalI always try something new physically every year, I think it’s really important. The last new thing I learned, that I actually mastered, was figure skating.


Her favorite snack on the go are apples. Apples have a ton of B vitamins, which are just as much of a pick me up as a cup of coffee.

At home she eats strawberries, sliced up with lemon juice.


Beauty from inside out


Veronica said, I think that beauty really is relationships. The first part of beauty is being kind to yourself, and that starts by not ignoring what you need.


To make this easy homemade mask all you will need is a probiotic yoghurt and a papaya. Take a plain probiotic yogurt and take the seeds of a papaya, and put them in the blender and mix them up. Then just smear it on to your face.