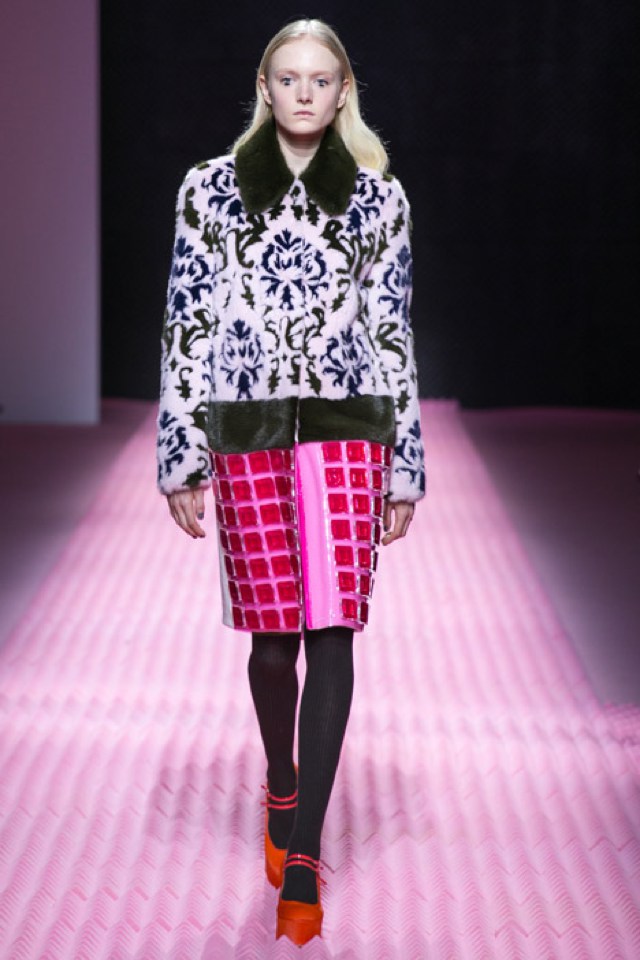 I was invited to attend the extraordinary Mary Katrantzou Autumn Winter 2015 Runway Show inspired by the “kenophobia” (horror vacui) art movement at the Royal Horticultural Halls during London Fashion Week.

Don’t think it was easy to get a ticket… It took a lot of emails, phone calls even stalking my mother and my uncle… but it all worked out in the end.

Had an amazing seat as you might have seen from my pictures and video on Instragram@TrendSurvivor.

It would be worth the trip to London even just to attend this one show and see how Mary can manipulate texture clashes and mix clear plastic frills juxtaposed with decorative flocking with Belle Époque grandeur on a fur coat!!!


The London-based Greek designer Mary Katrantzou experimented with forms, materials and patterns in her garments. Squishy foam spikes were featured not only on the catwalk but also on her clothes.

The minimal silhouettes contrasted with “horror vacui” or “kenophobia” (in Greek) which means the fear of empty space and as a result  covering entire surfaces with detail. 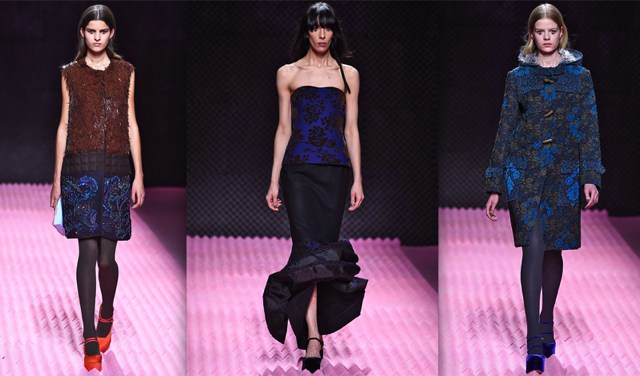 “An exploration of the relationship between heritage opulence and techy utopia, the collection seeks to redefine the parameters of modern luxury and documents the significance of value perception,” said the show notes. 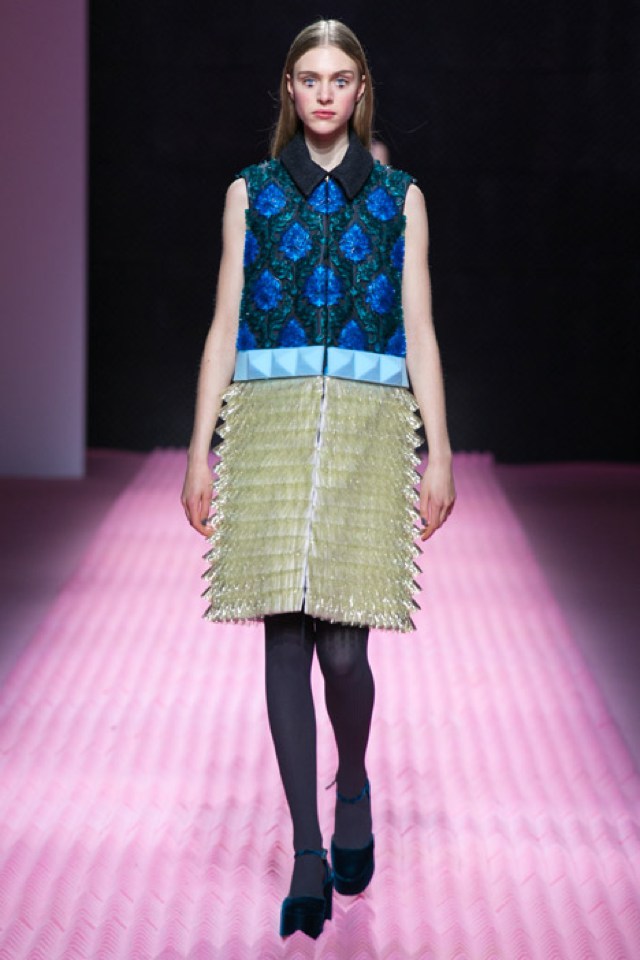 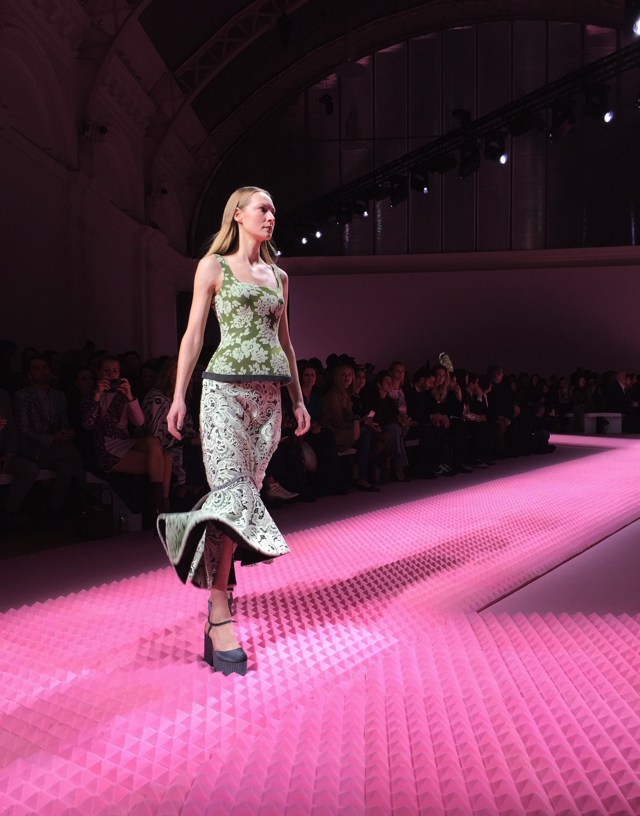 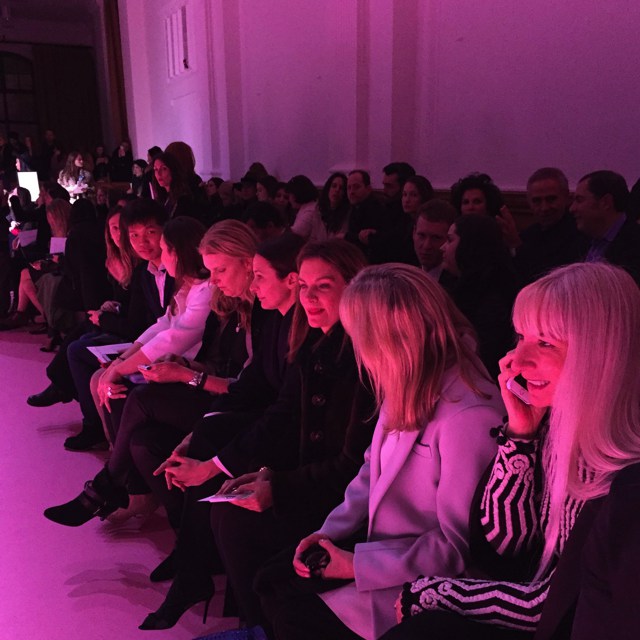 Excuse the quality I need to work harder on my video skills.

I arrived ahead of time, so not like me… and took a sneak peak behind the closed curtains. 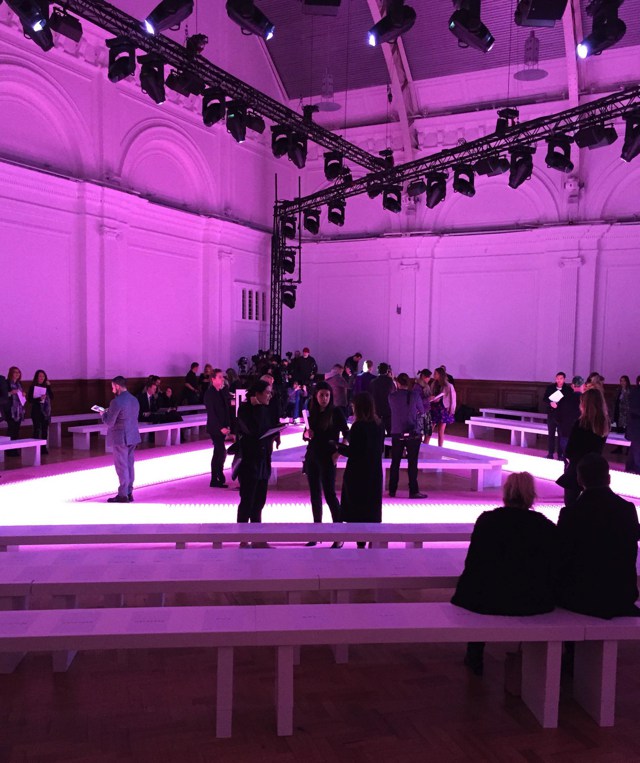 Sneak peak before the magic started. 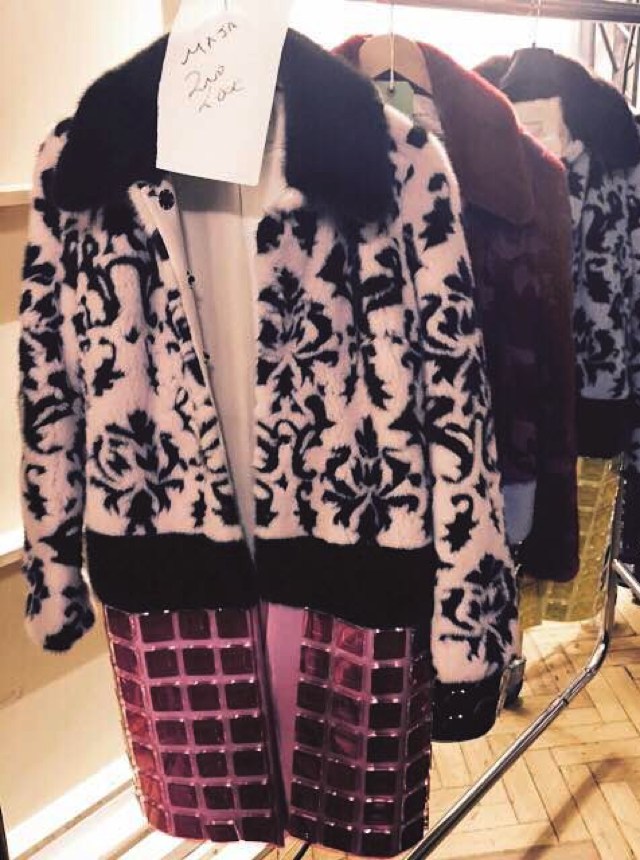 Horror Vaccui art in a fur coat that clashes prints and textures. 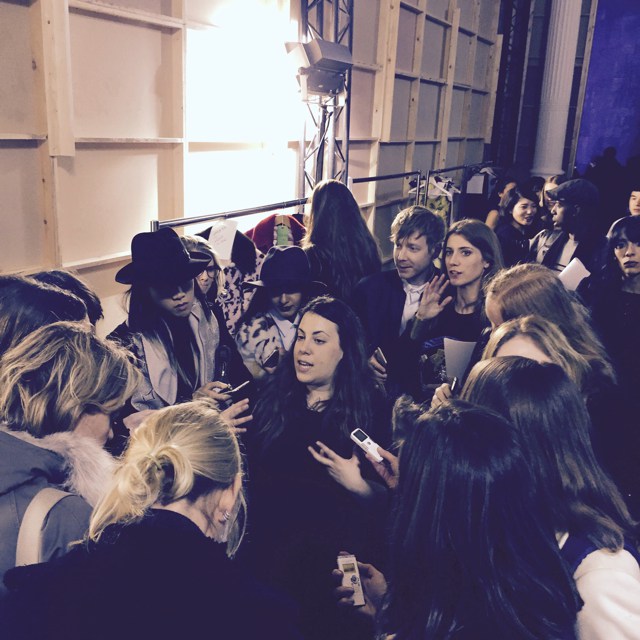 Backstage after the show, Mary Katrantzou was giving one interview after the other…

Listened carefully to every one… impressive!!! 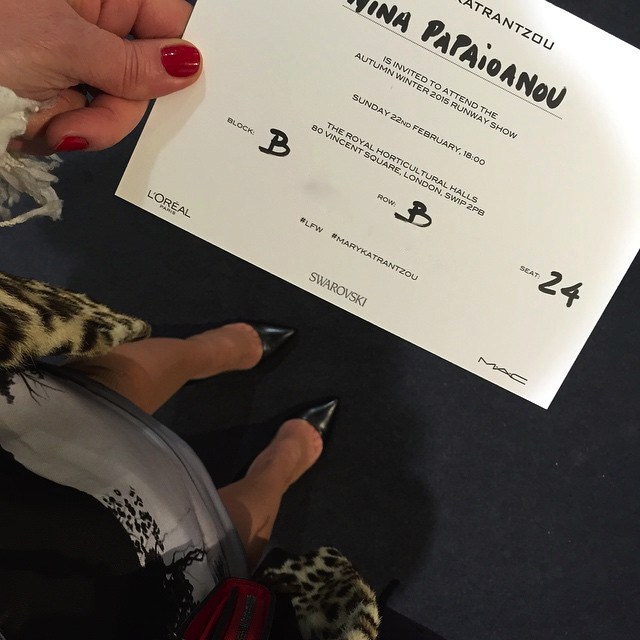 I wore to the show my vintage leopard coat with a Mary Katratzou silk dress.

I briefly chatted with Mary Katrantzou backstage at the end of the show and we might have an interesting blogger project on the way… Fingers crossed!

An investment worth making

The Mary Katrantou X Adidas sneakers are on my wish-list!