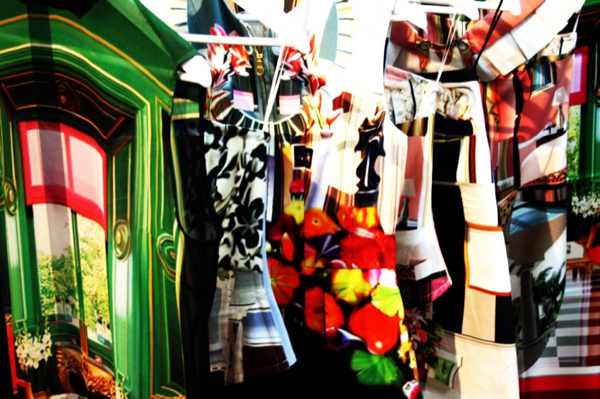 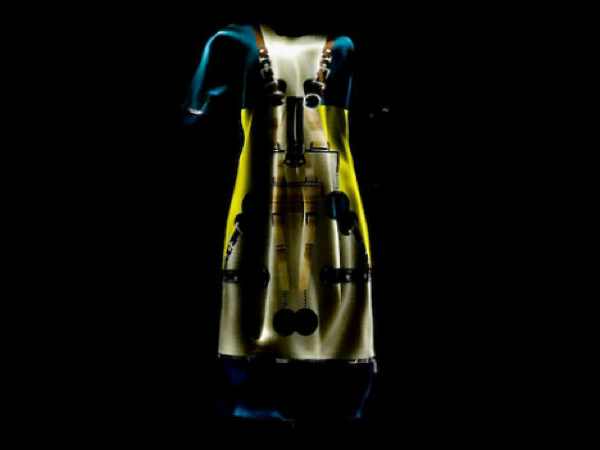 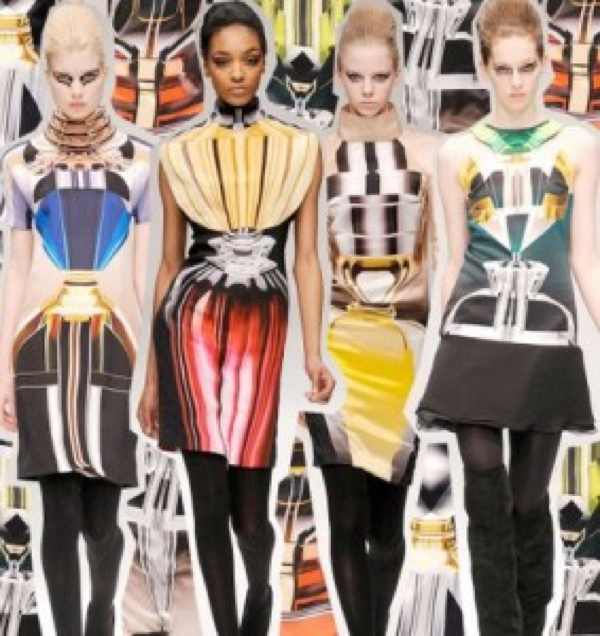 Mary Katrantzou is the Greek amazing fashion designer that conquered the world with her artistic talent, unique contemporary style and her mind for business! She is Young, Creative, Pretty, Ambitious, Talented and Smart! A rare combination and key to success for any business!

Her Success Fashion story… How she made it to the top!

Mary Katrantzou was born in Athens in 1983, to an interior designer mother and a father who trained in Textile Design. She moved to America for a BA in Architecture at the Rhode Island School of Design in 2003, before transferring to Central Saint Martins to complete her course, transferring to Textile Design. During this time, Katrantzou succeeded in selling some of her print designs to Bill Blass. Graduating from her BA course in 2005, Katrantzou shifted her focus from prints for interiors to prints for fashion. Working with Sophia Kokosalaki for two seasons in 2006, she also developed her portfolio for the Central Saint Martins MA Fashion Textiles course.

Accepted onto the course in 2007, Katrantzou opened the Central Saint Martins graduating show in 2008 and the collection mapped out her signature style. It was themed around Trompe l’oeil and digital prints of oversized jewellery (inspired by Russian Constructivism and early 70s movie posters) featured on dresses. These pieces created the illusion of wearing giant neck pieces that would be too heavy in reality. The models also wore real jewellery pieces made out of wood and metal, which were exact replicas of Katrantzou’s prints. The collection was nominated for both the Harrods and the L’Oreal Professional awards!

Katrantzou’s first ready-to-wear collection was produced for autumn/winter 2008, and debuted at London Fashion Week through a New Gen sponsored stand. Despite a small collection of only nine dresses, Katrantzou picked up 15 prestigious stockists including Browns, Joyce and Penelope in Italy.

The designer achieved show status with New Gen the following season, spring/summer 2009. This format has continued for three seasons and it is one which has seen further success. Katrantzou has developed her interest in Trompe l’oeil, basing collections on perfume bottles, blown glass and eighteenth century society paintings, while keeping the printed image central to her aesthetic. She now boasts over 60 stockists ranging from Corso Como to Barney’s. Her work has featured in publications including Vogue, Dazed & Confused, Wallpaper* and Grazia A collection for Topshop launches for London Fashion Week autumn/winter 2010.

All about her Autumn/Winter 2011 Collection : “Print is pushed above and beyond where we have seen it go before, clashing and contrasting, across garments, overwhelming the viewer, but never the wearer.”

Mary Katrantzou impressed the fashion world one more time as she turns her unique print techniques to knitwear this season at London Fashion Week. Her inspiration for next autumn/winter came from objects of delight, such as Faberge eggs, Corommandel screens, the court costumes of the Qianlong Dynasty in ancient China, and Meissen porcelain. What was so amazing about this collection was that the prints appeared not just on the graphic-shaped dresses and skirts we are familiar with. But that she had managed the incredible feat of working in knitwear, as well. “I gave the knitters in Italy a nightmare,” she said. “They had to re-set the machines for every single line.”

Mary Katrantzou Shoes and the collaboration with Christian Louboutin 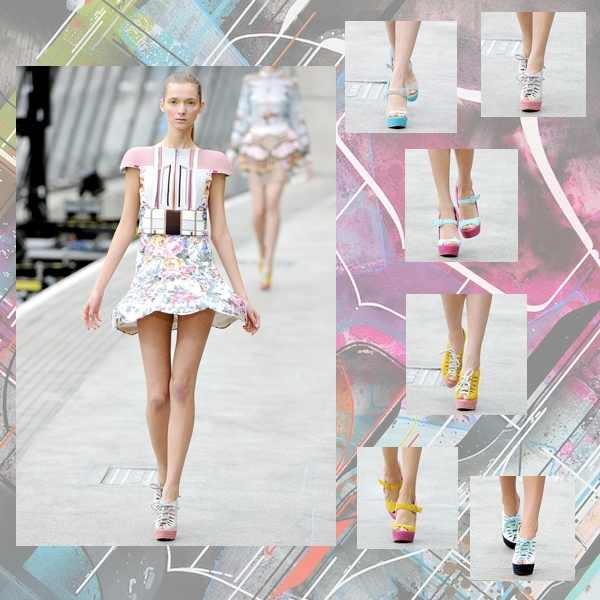 The shoes for her Autumn-Winter 2011 collection are amazing! She called on Christian Louboutin to turn out platform booties that touched on a myriad of trends we saw for spring, including florals, clog-inspired elements (studs) and intricate heels! They look like the result of the successful collaboration between Kenzo, Christian Louboutin and Mary Katrantzou ! I love them !

I met Mary Katrantzou at Maria Hatzistefani’s, Rodial Beautiful Awards, in London! At the event, I was wearing a Mary Katrantzou dress, which I bought from Joseph Store, in South Kensington! I love her work!!! Last year her collection of dresses,  was at Harvey Nichols and I felt so happy… a 27 year old, Greek designer selling her clothes at the super trendy UK department store!!!

After we were formally introduced, she told me she liked her dress on me and that got us immediately talking about… fashion! She was with Julien Macdonald, the world famous designer of luxury clothing and great love of mine, but that is another story. I was impressed she is sooo young, sooo talented and sooo smart! I remember she said she never wears her designs. That’s interesting, I thought ! My mother, informed me she knows for a fact that our great-grandfathers were brothers and they came from Cyprus. So I am not only proud she is Greek …I am also proud she is my cousin!

Mary Katrantzou is a Woman of the Year!

On May 2011, Mary Katrantzou was voted one of the Women of the Year 2010 by the Greek magazine Life & Style!