Notice: Only variables should be passed by reference in /var/www/vhosts/trendsurvivor.com/httpdocs/wp-content/themes/thevoux-wp/admin/ot-loader.php on line 326
 Chopard Jewelry for Princess Diana Movie - TrendSurvivor
Athens, JEWELRY
2013/12/04 by Nina Papaioannou 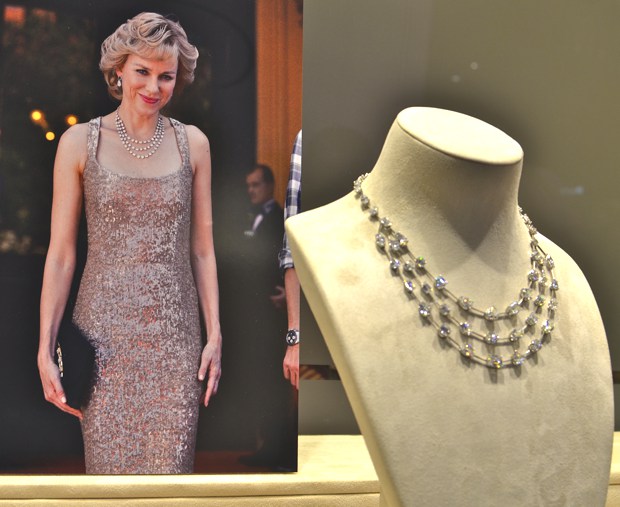 Told you event invitations where flooding my mailbox!  I went with my daughter Niki to the glamorous Chopard cocktail party and the avant premiere of the Diana movie a few days ago, in Athens. Chopard created the breathtaking jewelry for the film. 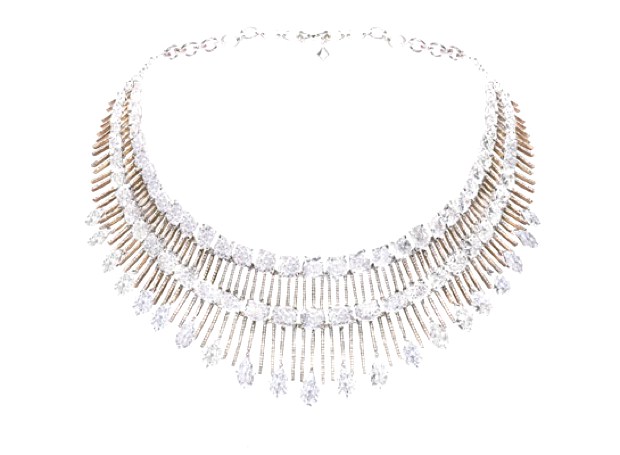 According to the Chopard diary…Caroline Scheufele, Chopard’s Co-President and Artistic Director, reveals that she worked closely with Julian Day, the film’s Costume Designer and that he had very specific requests. ”When I received the offer to work on the film Diana I was thrilled because, to me, she was a person blessed with extraordinary charisma and great elegance, both in her personality and her style. After having worked on the film Nine in 2009, this new partnership was exciting, even more so because Naomi Watts is a fantastic actress.” 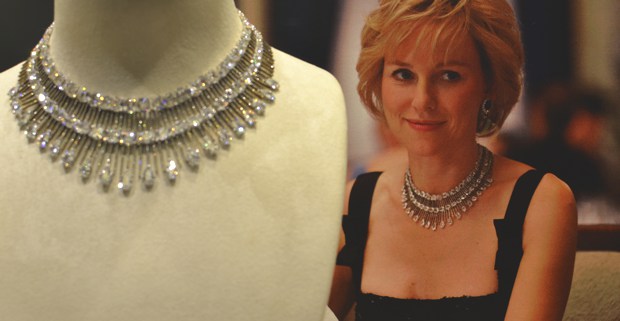 In the final version, a selection of Chopard watches, jewellery and bags appear on screen, including several watches and items of jewellery from the Happy Diamonds collections, but also our High Jewellery creations. Julian Day says: “From the first reading of the Diana script, I realised that I was going to need magnificent jewellery. When the opportunity arose to work with Chopard, I knew that this was going to be possible. Their help has been invaluable.” 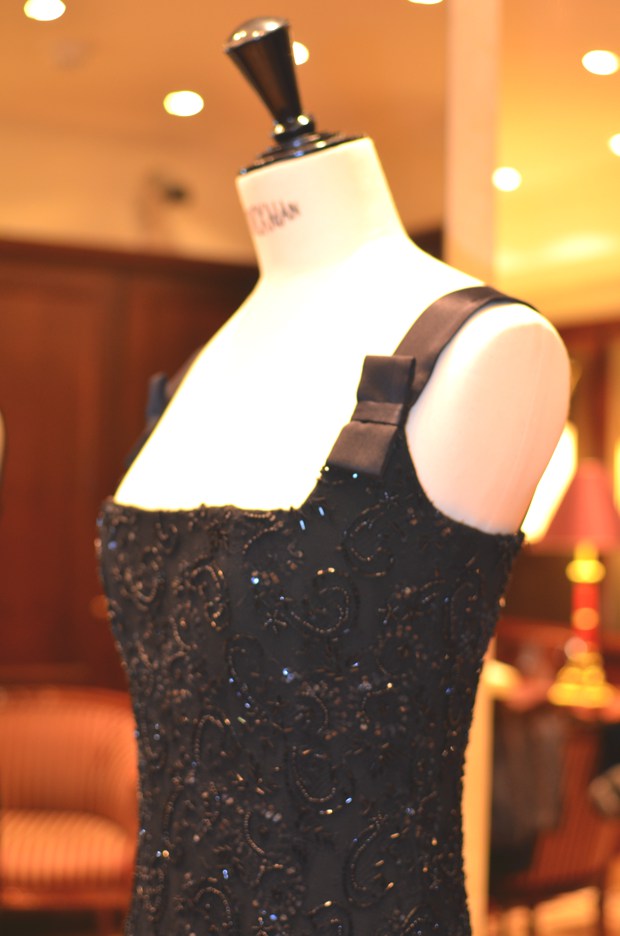 Inside the Chopard shop in Athens 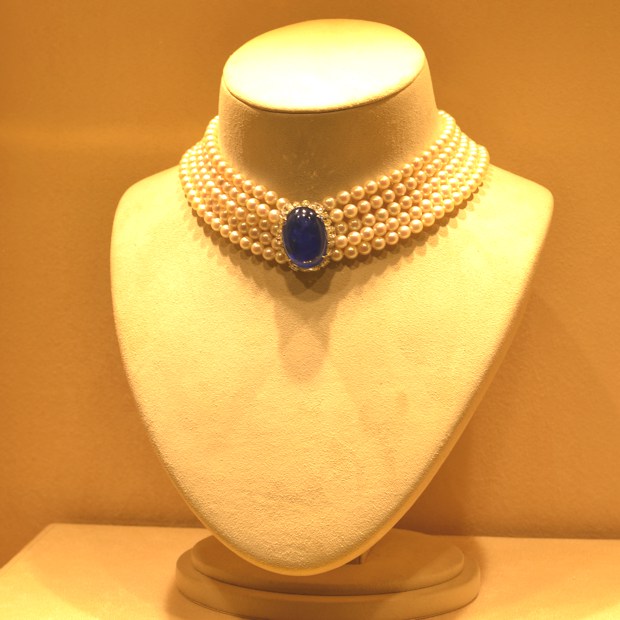 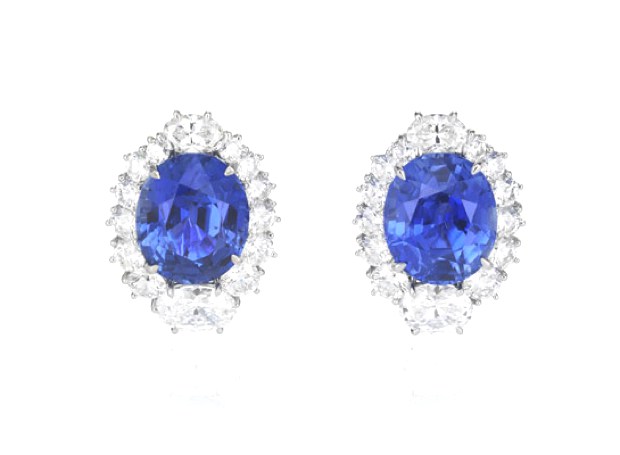 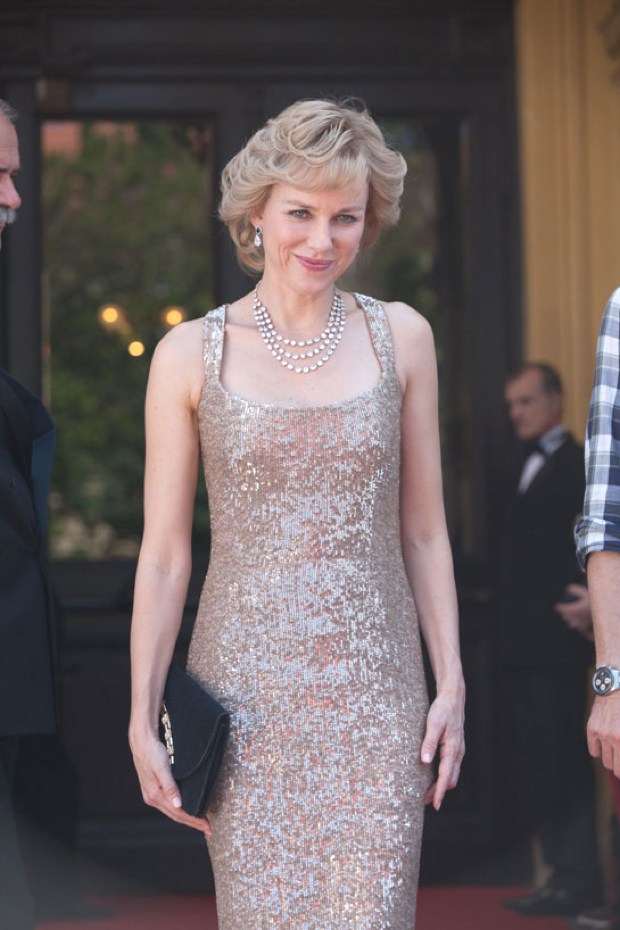 We loved the film and the jewelry reflected Diana’s inimitable style. You can see more- Princess Diana’s jewelry 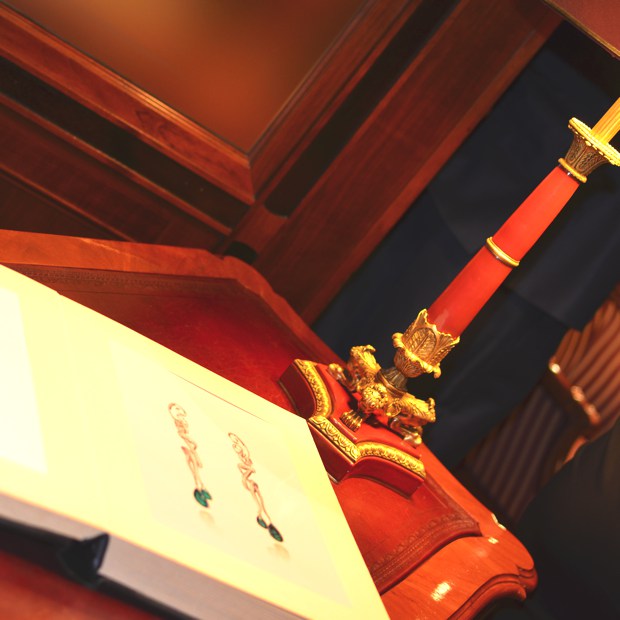 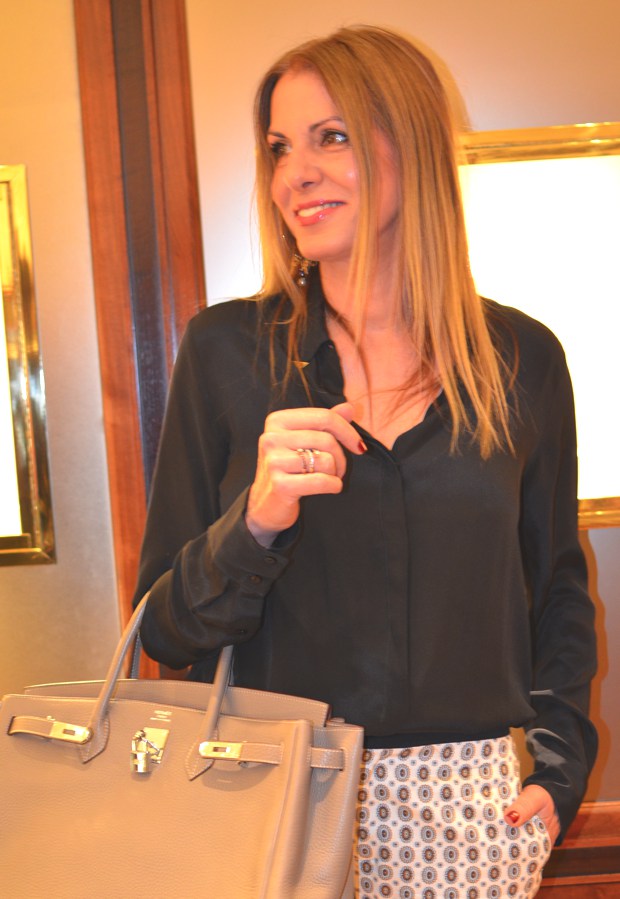 I was wearing a Silk shirt and pants from Zara with Hermes handbag and Isabel Marant pumps. 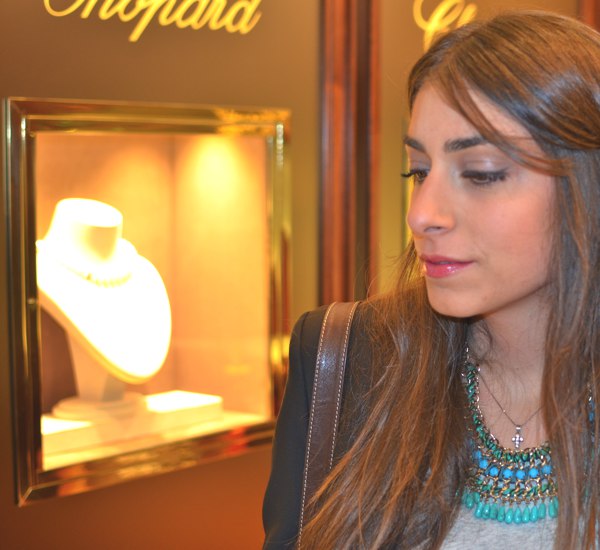 Niki was wearing a Patrizia Pepe tuxedo jacket and J Brand flare jeans. Notice the winged eyeliner? She told me she followed Trend Survivor’s instructions from the Easy winged. That’s my girl!

Submitted to the themrsandthemomma.com link up